Enercon prides itself on its well of experience and industry expertise.

We understand the difference that expertise and quality consulting can make.

Founded in 1980, Enercon Group, Inc. provides the petroleum and maritime industries
with a full range of consulting, technical and training services around the world.

Whether the need is in the areas of oil loss control, measurement, transportation, logistics, counter-trade, contracts,  training, or management and operations, we focus on meeting our clients' needs and objectives while providing custom-tailored quality service.

We go well beyond the traditional roles of the desk-bound consultant and most times act as extensions of our clients in the field, office, or at the negotiating table. We thereby effectively increase the client's productivity and staff capability without their having the associated increase in fixed overhead of adding permanent staff to tackle the problems. We work independently or in close conjunction with our client's personnel as needed, in their offices or ours.

Because we work in dynamic, ever-changing industries, our staff of uniquely qualified professionals continually improves their skills and effectiveness through education, practical field experience, client input, and by maintaining leadership roles within the industry. This allows us to offer our clients the best options available to meet their specific needs. Project requirements are carefully matched with the staff member's skills and location to allow the best level of service to be provided to the client. 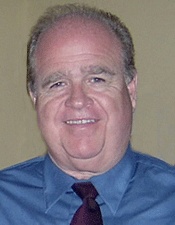 Heading up the group, Mr. Abugel brings with him a full range of expertise and experience obtained during his more than 40 years in the maritime and petroleum industries.  His recognized ship and shore expertise range from ship/terminal operations, management, charter parties to oil loss control, claims and recovery.  He began his career as a ship's officer in the U. S. Merchant Marine/Navy. Coming ashore he worked as an assistant principal and instructor at Seaman's Church Institute in New York, where sailors were trained to become ship officers and officers to become ship captains and pilots.  Mr. Abugel then moved to Amoco International Oil Company where he held various operations/ management positions while in the marine operations and chartering departments.  As a port captain with Amoco, he was assigned to numerous special projects around the world, including the evaluation of port facilities and company operations, and taking an active role in Amoco's attempt to salvage the cargo off of the AMOCO CADIZ in France.  He was also assigned the task of evaluating Amoco's oil transportation losses and played a key role in the development of their successful oil loss control program.

Mr. Abugel is personally very active in the industry areas related to marine operations, safety, chartering, cargo inspection and the development of industry standards.  He serves as expert witness, prime consultant and/or mediator on cases relative to cargo, vessel operations, contract evaluation, charter parties, demurrage, environmental matters, and other related subjects.  He is currently chairman of API's working group updating the standards for Measurement of Refrigerated and Pressurized Cargoes Onboard Gas Carriers and Barges (Manual of Petroleum Measurement Standards [MPMS] Chpt. 17.10.2 and is the Convenor of ISO TC 28/SC 5/WG 5 which wrote the ISO LNG Standard IS 10976 (soon to be API Chpt 17.10.1).  He has also chaired other work groups, including those that wrote API's MPMS Chpts.17.1, 17.2, and has worked on similar groups within OCIMF, IP, and ISO.  He has also authored numerous operational, safety, oil loss control and training manuals for industry clients.

Let's discuss how we can help you.